To share your memory on the wall of Eunice Glaser, sign in using one of the following options:

Her journey began in 1926, in Eagle Butte, South Dakota. We all treasured hearing the stories of life with her 6 Brothers and Sisters, and... Read More
Eunice J Glaser (Sturm) of White Bear Lake, was called home on April 17, 2020, at the age of 93.

Her journey began in 1926, in Eagle Butte, South Dakota. We all treasured hearing the stories of life with her 6 Brothers and Sisters, and how they survived during these tough times. The depression and lack of ability to grow crops led the Sturm family to leave South Dakota behind, and eventually settle in St. Paul. It was here she met her husband to be, Bob Glaser, on a blind date. Their married journey began in 1953. Bob was an ATF Treasury Agent and they embarked on nearly 10 years of job-related moves to Nebraska, Missouri and Duluth. In 1962, Bob finally received the role he had been seeking the past decade, with a position in St. Paul. As a result, they built a home and life in White Bear Lake began. Bob had an untimely death in 1969, and Eunice was left with the task of raising 5 kids, ranging from ages 4 to 15. She was guided by a very strong Christian Faith, which was evident in her 55 years of attending St. Pius X Catholic Church in White Bear Lake. She instilled those same Christian beliefs in her children. Eunice was very active in the parish with years of service helping with funerals, and many years of making doughnuts for Coffee Sunday. Eunice was an excellent cook, and an even better baker. Her pride and joy were her Christmas cookies, and Swedish Kringler, which was a Christmas staple in the Glaser household. Some of her favorite pastimes included; traveling to Las Vegas and Hawaii, visiting the local casinos, and listening to her favorite Irish Singer, Daniel O'Donnell. Her passion included watching all sports, focusing mostly on the Twins and Vikings. Rarely was there a summer night without a Twins game on TV, or having Herb Carneal narrate the game on WCCO radio. Her children will miss all the days of laughter, and card playing.

Eunice is preceded in death by her husband Bob, parents John and Helen, and all of her beloved Siblings. She is now reunited with them, for eternity.

A celebration of Eunice's life will be held at Church of St. Pius X Catholic Church, 3878 Highland Ave, White Bear Lake, MN on Friday, July 10, 2020 at 11 am. Social Distancing Guidelines will be in place. A Private Family Burial will follow at Ft. Snelling National Cemetery.

Memorials preferred to the Dementia Society of America, or the Humane Society.
Read Less

To send flowers to the family or plant a tree in memory of Eunice J. Glaser (Sturm), please visit our Heartfelt Sympathies Store.

We encourage you to share your most beloved memories of Eunice here, so that the family and other loved ones can always see it. You can upload cherished photographs, or share your favorite stories, and can even comment on those shared by others.

Charlie and Amy Kohler, Karen, Kerry, Gail & David and Ginny & Bobby, and other have sent flowers to the family of Eunice J. Glaser (Sturm).
Show you care by sending flowers 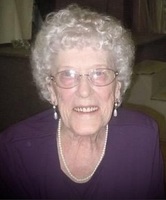