To share your memory on the wall of Randall Larson, sign in using one of the following options:

Provide comfort for the family of Randall Larson with a meaningful gesture of sympathy.

Passed away suddenly surrounded by his family on Sunday, December 15th.

Randall was born September 7, 1947 to Duane & Pearl (Olson) Larson in Bertha, MN and grew up on the... Read More
Randall Larson
age 72
of White Bear Lake

Passed away suddenly surrounded by his family on Sunday, December 15th.

Randall was born September 7, 1947 to Duane & Pearl (Olson) Larson in Bertha, MN and grew up on the family dairy farm with 7 brothers and sisters. He was heavily involved with the 4H Club, Bertha Hi Flyers, choir, played the saxophone and lettered in Football and Basketball for Bertha-Hewitt High School, graduating in 1965. Randall then graduated from Wadena Technical College before enlisting in the United States Navy from 1967 to 1973. While in the Navy, Randall underwent BUD/S training and completed Cryptography and Submarine School (BESS) eventually serving during the Vietnam War aboard numerous submarines as an electronics technician and cryptographer.

After Randall got out of the service, he met the love of his life Jill and they married on September 30, 1978 and raised 3 children in White Bear Lake, MN. He traveled extensively throughout his illustrious career with Multi-Arc Scientific Coatings, Despatch Industries, Abar Ipsen and Loram Maintenance of Way. At Multi-Arc he worked on many special projects including the development of a coating barrier on the International Space Station and oversaw numerous chemical application systems. As a Field Service Engineer for Loram, Randall provided technical and operational support for rail grinding modules and control systems. His career brought him to every state in the U.S. and numerous countries in Europe, Asia, South America and Australia.

Randall was a devoted Husband, Father, Opa, Brother, Uncle and Friend who enjoyed movies, music, traveling, reading the newspaper, going to the State Fair, watching sports and spending time with his family. He was especially dedicated to his granddaughters Fionna and Autumn.

He was preceded in death by his parents and a brother-in-law David Seegert.

Provide comfort for the family by sending flowers

We encourage you to share your most beloved memories of Randall here, so that the family and other loved ones can always see it. You can upload cherished photographs, or share your favorite stories, and can even comment on those shared by others.

Lisa & Nadia, The Browns, and others have sent flowers to the family of Randall Bruce Larson.
Show you care by sending flowers

Posted Dec 26, 2019 at 10:44am
Dear Larson Family, our thoughts and prayers are with you. With heartfelt condolences, Terry and Kathy North.

Flowers were purchased for the family of Randall Larson. Send Flowers

Posted Dec 24, 2019 at 02:01pm
I work with Rachael at WBL Early Childhood, and fondly remember her dad as being such a loving grandpa and father. It made my heart smile to see him drop off Fiona. He would not only talk to Rachael, but also talked to her fellow staff members so kindly and friendly! He reminded me of my dad that I had lost recently, and it gave me such joy. My heart breaks for Rachael and her family, I will be out of town so unable to make the funeral. May the love and support of friends and family hold you up during these sad, hard times. I will be thinking of you all in these upcoming days...may light enter your hearts with the memories of your dear dad, husband, brother, uncle, nephew and friend that he was! Kathy Smith
Comment Share
Share via:
A

Posted Dec 24, 2019 at 04:05am
I worked with Randy in the UK on the C Series machines. He was a good man who always had a note pad and a smile on him.
God Bless him.
Ally Paterson, Scotland
Comment Share
Share via:

Posted Dec 21, 2019 at 07:13pm
The neighborhood just won't be the same without Randy! He and your family have been a big part of the lives of us and our children for many years. Our hearts are heavy and I know many people share that emotion. We hope you will reach out to us if you need anything in the times ahead. 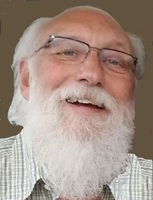