To share your memory on the wall of William Huot, sign in using one of the following options:

To send flowers to the family or plant a tree in memory of William John Huot Sr., please visit our Heartfelt Sympathies Store.

We have provided a digital copy (PDF) of the Memorial Program that we supply at the time of the service. To Download this file please click the filename below.

We encourage you to share your most beloved memories of William here, so that the family and other loved ones can always see it. You can upload cherished photographs, or share your favorite stories, and can even comment on those shared by others.

Posted Jul 22, 2020 at 11:59am
Our most heartfelt sympathies on the loss of your Dad. The Dean's, Vosbergs and Cunningham/Dennis families.

3 trees were planted in the memory of William Huot

Thanks, Deb and Pat, Daryl and Heidi, Chuck and Chris Paul
PH

Dad was born in the roaring twenties, grew up in the Great Depression, his high school years were World War II. Living through all these events built a stronghold of firm beliefs in his religion, his country, and his family. I am sure each of us has a favorite memory of dad while growing up. Mine is going to Summit farms to buy milk on Saturday mornings. They also sold a variety of pop and the kids that were there could pick the flavors they wanted to to make up a case.
Over the years Dad was a volunteer and member of many organization. If he joined your group, you did not get a casual member but a fully engaged, dedicated and energetic worker. Knights of Columbus, Winter Carnival Guards, Churchill Club for Winter Carnival Past Prime Ministers, Society of Manufacturing Engineers where he rose to President, Norske Torske Klubben (a lone French Canadian among the Scandinavians), St Paul Club and Lions where he became a District Governor. He loved the camaraderie and work of these groups. When Dad moved to Polar Ridge in North St Paul with Mom in the spring of 2015, he continued St Paul Club, Lions and Norske Torske but also began getting involved in the Polar Ridge community. Mom and Dad joined the Church of St Peter.
These last months have not been easy on anyone but consider the shrinking world of the Seniors. First Dad could no longer go out to Mass or meetings, family visits went from restricted to not allowed, representatives of St Peter could no longer come into the building, community activities in the building declined to nothing, residents were restricted to their own rooms. For a man as gregarious as Dad this was hard on him mentally and physically. But he never lost faith in Family or Church. Next to his bed and favorite chair were prayer books for thought and comfort.
Now Dad has gone on to his next Club to join. It comforts me to know he no longer has to suffer physically but also he can go without a mask, not keep a distance and be with crowds of people.

Posted Jul 21, 2020 at 09:07pm
Sorry for your loss. I met Bill at Polar Ridge. He was Dinner table buddies with my father. I always like talking to him about his travels and all his adventures.
Comment Share
Share via: 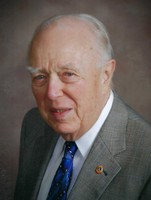 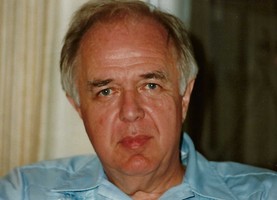 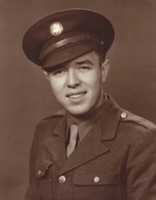