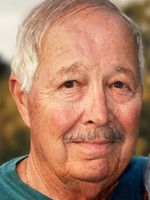 Dick’s life journey ended peacefully on January 29th, 2021 in his home surrounded by his family. He was preceded in death by his wife Jean. Born August 1, 1935 in Minneapolis, Dick was the eldest of 6 children, Tom, Harry (Darlene), Henrietta O'Keefe, Joe, and Rita (Kip) Fellon.


As a young man, he worked as a plumber with his father before heading off to college at the University of Minnesota to become an engineer. He met Jean Marie Bailey in Owatonna, MN and after college they married and spent 57 years together.


Dick was proud of his many years at 3M where he built a successful career and cultivated lifelong friendships. His 3M career took him, and his family, around the world and helped shape his outlook on life. After Dick retired in 1993, he and Jean migrated to Naples, FL for much of the year, where he could wear "short pants" and pursue his passion of restoring classic cars.


Dick couldn’t resist telling and retelling a good story. He was also fiercely independent, hard-working, and determined. Throughout his life, he impressed upon his 5 children Karen DeSchane, Diane (Al) Choiniere, Nancy (Dean Sather) DeSchane, Charlie (Nancy) DeSchane, and Sally (Tom LeMay) DeSchane-LeMay; 14 grandchildren; and 7 great-grandchildren that they should be kind and generous to others, should strive to learn something new every day, and that actions speak louder than words.

A private memorial service will be held by the family at a later date.