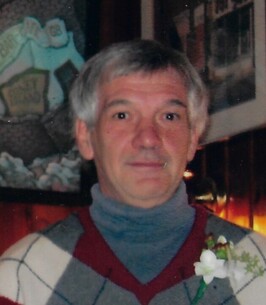 George spent most of his life in White Bear Lake and graduated from White Bear High School. George was best known for the Gopher Bar in St. Paul, but there was so much more to him than that. George was a proud member of St. George Greek Orthodox Church and the Greek community. He went to Bemidji State to become a forest ranger, but things changed with the death of his sister. He quit college to temporarily help his parents run the bar. Her death was devastating and his life at the Gopher Bar became permanent and eventually the next owner of the family business.

In 1983 Cheri began working at the bar, her children soon joined the Gopher Bar team and assisted George in running the bar. Cheri started dating George in 1993 and they married in 2005 at the Gopher Bar.

George had many passions in life and athletically he excelled in them all. He played pool and bowling and won many awards throughout his life. He was part of the Bald Eagle Water Skiing Club; spent years water skiing and running his boat in lakes and the Saint Croix and Mississippi Rivers.

He skied around the country but his heart was always at Trollhaugen on weekends with the troops.

Golf was one of his main passions and dreamed of it all winter. He spent most of his time at Keller and became part of the men’sclub and the 24 man team. He was man of the year in 2021.

He played hockey in high school, college, and was part of the Saint Paul Senior Men’s Club where they won the championship. He was an assistant coach for Johnson High School with Rod Magnuson. He traveled north and met another group of hockey characters from Taconite, Greenway and Coleraine and instantly bonded and became lifelong friends.Many fond memories were made over the years and they became part of his family.

Winter carnival was special to him; always wanting to become a Vulcan but he put his mom first and helped run the bar. You were all part of his family. He cherished the friends and memories he made with you all.

Throughout every chapter of George’s life he made friends wherever he went and enjoyed life to the fullest. No one could ask for more. George’s journey ends on earth; we send him off with love and thanks for all the fun and memories.