Obituary for Caroline May Foss (Bartels) 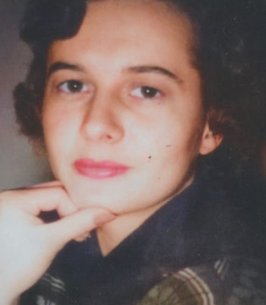 Caroline May (Bartels) Foss passed away peacefully on Nov. 13, surrounded by her family, and under the gentle care of hospice and memory unit staff at Paramount Senior Living in Fredericksburg, VA.

She was born on May 29, 1934 in Deer Creek Township, the daughter of Henry August and Martha Anna (Wulf) Bartels. Carrie was valedictorian of her high school class, going on to graduate from the University of Minnesota and Swedish Hospital School of Nursing, first becoming licensed as a Registered Nurse and then earning a Master’s of Public Health. She worked in a number of capacities in the field, including as a hospital, in-home hospice, and school nurse.

Carrie’s most longstanding and intensive nursing duties, however, were practiced with unwavering love and devotion in her own home in White Bear Lake. Two of her children lived with chronic illnesses from an early age and her husband had kidney disease and, later, heart disease. The managing of daily medications and shuttling to countless doctor appointments was a daunting enough task on its own, but she also helped see them through dozens of hospitalizations, as well as cancer treatments, dialysis and kidney transplants, heart surgeries, and neurosurgeries. Thanks to her their lives were not only longer than anyone could have expected but, even more importantly, happy and fulfilling until their deaths between 2000 and 2010.

Carrie aptly has been described as a rock and a saint by many, but she above all will be remembered for her joy of life and her natural affability. She loved conversation of all sorts and befriended most everyone she met in a matter of minutes. She remained intellectually curious even under the demands of caregiving, while drawing special pleasure from the natural world. Carrie was a well-known and beloved member of the White Bear community for 50 years, eventually moving to Virginia for support as she aged and to be close to her remaining immediate family.

She is survived by her son Christofer Craig Foss and daughter-in-law Mara Noelle Scanlon, as well as her beloved grandchildren Kirby and J. Scanlon Foss. She also leaves behind a brother, Jerry Bartels; sisters-in-law Aletha, Gladys, and Marcia Bartels; numerous cousins, nephews, and nieces; and countless friends. She was predeceased by her husband Donald Dean Foss, sons Daniel Donald and Eric Edward Foss, brothers Leroy and Larry Bartels, and sister and brother-in-law Dolores and Dave Boe.